Eddie Shepherd is an award-winning, Manchester-based professional vegetarian chef. In 2009 he won the prestigious ‘Cordon-vert’ cookery school’s ‘Chef of the future’ competition. His innovative and experimental approach to cooking has led to him being dubbed the ‘Heston Blumenthal of the vegetarian world’. At only 26 years old, Eddie Shepherd is starting to make a name for himself in the culinary world, with TV appearances and magazine articles already under his belt! I caught up with Eddie for an exclusive interview about his vegetarianism and how it feels to be a vegetarian in a meat-dominated profession.

What were your reasons for becoming vegetarian?

I became vegetarian five years ago when I was 21 and studying for my philosophy degree at university. It was studying philosophy that got me thinking about some of the issues surrounding eating meat and fish, and I started to become uncomfortable with the idea of eating meat myself, to the point that I decided to go vegetarian. I don’t think this is the right choice for everyone and I don’t try to persuade other people to stop eating meat or guilt trip them about it, you’ve got to respect other peoples choices if you hope yours will equally be respected. For example my girlfriend and the rest of my family all eat meat but get good quality organic or free range produce and have no delusions about where it comes from. But I couldn’t feel comfortable eating it, so it was the right decision, for me, to go vegetarian and I’m still glad I made that choice. Similarly whilst I have a lot of respect for people who go vegan it would be a further than I’m willing to go, so I source my dairy and eggs as ethically as I can but again it comes down to what’s right for each person.

Actually it was becoming vegetarian that played a big part for me in discovering my love of cooking. Finding ways to replace meat and have a varied, exciting diet, I became more adventurous and ambitious with what I would make. In fact I think, to an extent, this set me on the path to becoming a chef and being willing to experiment with ingredients and culinary techniques to try to create exciting, delicious vegetarian cuisine.

Have you found it difficult being a vegetarian chef in an industry that is predominantly centered around meat?

I did find it difficult at times when I first started working as a chef but it’s worth noting in my experience most chefs aren’t actually quite so anti-vegetarians as is sometimes portrayed in the media. I reckon 90% of the chefs I’ve worked with haven’t had any problems with vegetarians, and in the kitchen it’s first and foremost your ability as a cook that’s important. On occasion some chefs I’ve met have been a bit dubious at first, but then after either working together or talking about food and cooking and they’re generally quite accepting of me.

I actually first began working as a chef in a restaurant that served meat (although I was already a vegetarian at the time). Obviously this was difficult for me at times but I knew by then that I really wanted to be a chef and so I had to treat sometimes working with meat as part of the job, something I just had to do at the time (although I still never ate meat).

Luckily after working in a couple of restaurants that served meat and learning the basics I finally got the opportunity to work in a vegan restaurant in Glasgow. I did sometimes miss having ingredients like dairy and eggs but that became an enjoyable added challenge and it was great to be somewhere where I could taste all the ingredients and dishes I was working with.

I still desperately wanted to learn more and improve though, and I was starting to work on my own dishes and develop my own style. Around this time I heard about Cordon-Verts’ ‘Chef of the future’ competition, and decided to enter, thinking I had nothing to lose, and I was lucky enough in the end to be a joint winner of the competition. That was great for me as it got me a scholarship to go through their diploma for professional chefs training. And it lead to variety of great experiences, job offers and opportunities including ultimately the chance come back to Manchester, where I was brought up, and work in an award winning vegetarian restaurant here.

It wasn’t until last year that I properly realised that far from being a disadvantage, being a vegetarian chef actually meant I was doing something different that was of interest to more people than I had imagined, especially because by this point I was now using what’s often described as ‘molecular gastronomy’ (I hate the term but I’ll use it here as it’s the popular way to refer to techniques and ingredients I use). These modern techniques and ingredients have allowed me to now really do the type of food that excites me and hopefully it shows that dishes don’t need meat to be delicious and exciting.

In fact having gone from struggling to start out as a vegetarian in this industry I would never have predicted that I would now be writing for food magazines, working with molecular gastronomy suppliers, doing regular cooking demonstrations alongside the likes of James Martin and Simon Rimmer, and even cooked on the BBC’s ‘The One Show’. So while it might have been harder starting out for me than for others, a lot of that hard work and sticking to my guns as a vegetarian chef has got me to where I am today, which I hope is really just the beginning and that I’ll keep improving, learning and progressing.

What do you say to people who suggest that vegetarian food is bland and boring?

It’s a pity but there is sometimes still this misconception that food without meat must necessarily be bland or boring. Obviously this just isn’t true. For instance some of the worlds best restaurants now serve vegetarian tasting menus alongside their main tasting menu and to imagine that chefs at that level would drop the quality of their food, or serve anything bland simply because it was vegetarian is really misguided. Along with this there are some brilliant vegetarian restaurants out there doing really good, interesting food that day in day out shows that vegetarian food can be delicious and exciting

Also modern techniques and many recent developments in the food world have really leveled the playing field for vegetarian food. In particular I think ‘molecular gastronomy’ offers an exciting new range of possibilities for chefs and diners alike and used creatively and cleverly this can take modern vegetarian cuisine to new heights. And given some of the spectacular impact such techniques can provide in dishes I think it would be hard for someone to think of good modern vegetarian food as boring.

To be honest I think when you come across this opinion that veggie food is bland or boring its often because people haven’t tried or aren’t willing to try some of the brilliant vegetarian food that’s being made these days, and its hard to change peoples opinion just by insisting. Really you need to be able to serve them something that will change their mind. But luckily there is an abundance of restaurants and recipes that can do that if only people will try them.

Do you have a favourite vegetarian restaurant?

I don’t know if I have an absolute favourite but there are a few restaurants, each with their own charm and character, in different parts of the country, that I think are really good. In Edinburgh ‘David Bann’ is a great veggie restaurant. In Manchester ‘Greens’ is well worth visiting for its distinctive style of delicious meat free food. And in Brighton ‘Terre a Terre’ is a really fantastic and individual vegetarian restaurant with great food. Also I really want to try ‘Prashad’ in Bradford, I haven’t had a chance to eat there yet but it has an amazing reputation, so I’d love to hear from anyone who has been.

What is your favourite dish to cook at home?

That’s really difficult. It completely depends on what mood I’m in and what the circumstance is. I love Indian, especially southern Indian food for something vibrant and delicious. If I’m cooking late after work or if I’m tired I really like simple stuff like homemade pizza or Laksa because it’s easy to make, comforting and delicious. But what I really love making is modern, somewhat avant-garde dishes. I truly relish time cooking, working with food and being creative, it’s my passion, my work and my hobby, so I spend loads of my free time working on new dishes and experimenting, and I love doing that. Working on a new dish and going from the point where it just a concept to, hopefully, a delicious, exciting finished dish is something I get a buzz out of and so it tends to be that whatever is the latest or the next dish I’m working on is my favourite thing to cook.

Can we look forward to seeing an Eddie Shepherd vegetarian cook book in future?

Hopefully, it’s certainly something I would love to do and is definitely on the cards. It might not be for a while but with any luck in the next year or two that will be one of my projects. I already put a lot of my dishes up on the website but there a couple of things I’m holding back for book. Its one of the two big ambitions I have, to have my own small restaurant doing high end vegetarian food in a new way and to work on a cookbook to share what I’ve learnt and the dishes I’ve developed. That’s the dream and I’ll strive to keep improving and to make it happen.

If you want to keep up to date with Eddie Shepherd, he has a personal website featuring recipes, videos, a blog and other information. You can also follow Eddie on Twitter: http://twitter.com/vegetarianchef 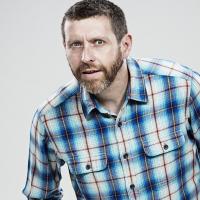 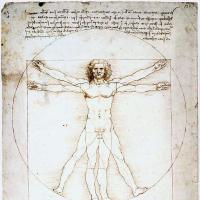