Chewy vegetarian sweets have never been so popular, nor so abundant! Following in the footsteps of Marks and Spencer’s Veggie Percy and Veggie Colin, a German confectioner called Katjes, has introduced a rival vegetarian foam sweet to the UK market, called Better Bunny. Katjes is the second largest producer of fruit gum and liquorice in Western Europe, and they are entering the UK market for the first time with this veggie-friendly sweet.

At first glance, it is impossible not to notice the similarities between Better Bunny and Veggie Percy. For a start, they are both pink, foamy animal-based sweets with fruit gum ears. They also both have one green ear, and one pink ear - this is surely no conincidence! In the name of research, I have devoured some Better Bunnies in order to review them properly (I was lucky enough to be sent a sample). Unfortunately I didn’t really like the taste of vegetarian Percy Pigs (because of the cherry flavour rather than the texture) however, I really liked the veggie Colin the Caterpillars.

Better Bunny seem to have an identical texture to the Mark’s and Spencer varieties (I wouldn’t be surprised if they’re manufactured by the same company - especially since the M&S ones are also made in Germany) however the flavour is subtly different. I can’t describe exactly what the flavour is - but according to the ingredients, Better Bunny are made with 2.5% apple and elderberry fruit juices. I think the pink bunny is slightly tastier than the white one! I prefer Better Bunny to Veggie Percy, but think that Veggie Colin is still my favourite!

If want to try some Katjes Better Bunnies for yourself - they’re now available in Tesco (in the sweet aisle), priced at £1.48 for a 170 g bag. 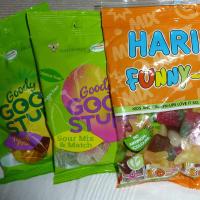 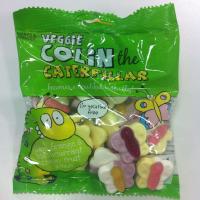 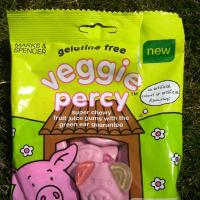